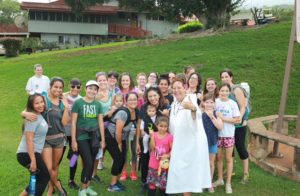 Joyous Easter Greetings to you! The MCCW Pacific Region is extremely grateful for the amount of rejuvenation that our Lord has bestowed to the individual ladies and groups over the past two years. The Catholic Women of the Chapel groups in the Pacific Region have spent time sharpening their spiritual focus and responding to the graces given to them. The abundant fruit in these groups as they truly have been the visible presence of Christ in their military communities has been such a treasured gift. The Pacific Region was blessed to offer three retreat options in 2017. We thank the chapel communities tremendously for their investment and assistance in supporting these retreats. The retreat season began early April with the MCCW Pacific Region “Petals of Peace” retreat in Hawaii, followed by “Holiness for Women” retreat during late April in Alaska, and concluded with the “Surrender to the Holy Spirit” retreat during early November in South Korea. These retreats allowed opportunities for women to reignite their Catholic faith and grow in spirituality, leadership, and service.

During this Lenten season, the Catholic Women of the Chapel groups have been drawing closer to God as their share in their practices of praying, fasting, and almsgiving. The groups have been participating together sharing God’s love through corporal and spiritual works of mercy. Many of the CWOC groups have adopted seminarians to whom they send monthly care packages and letters. The CWOC groups all have various outreach projects supporting their local communities. Hickam Airforce base CWOC volunteers at the soup kitchen and gives to the Mary Jane House a local women’s shelter. The CWOC at Joint Base Elemendorf Richardson Alaska supports their local food pantry and Clare House, a local women’s shelter by bringing meals, filling holiday food baskets, and Easter baskets. Sts. Damien and Marianne of Moloka’i AMR CWOC in Hawaii created blessing bags for the homeless population and has been providing continuous support to the Fisher House located on Tripler Medical Facility by assisting with cleaning, meals, supplies, and praying the rosary on site. The ladies at Fort Wainwright, Alaska recently used their cooking skills to bake homemade bread to share with the local food bank.

In addition, to the tremendous almsgiving these ladies have also been joining together for worship and prayer. Many groups have supported and coordinated with their priests Stations of the Cross, Lenten services, Lenten retreats and Eucharistic Adoration. The Schofield Barracks Hawaii group recently participated in an outside Stations of the Cross at the Benedictine Monastery. In Korea, the ladies organized an event to visit the DMZ to pray for peace. In addition, many of the ladies in Korea have joined together to pray the Divine Mercy Chaplet for Father Emil Kapaun the priest, Soldier, and Korean War Hero. On March 18th, the Catholic Women of the Chapel groups in Japan offered an event for the Solemnity of St. Joseph. Also, in Japan the women have been meeting in the evening to discuss a different book of the Bible each week. All the groups in the region meet for faith formation bible study and fellowship days. Recently, many of the groups in the Pacific Region hosted a ladies night out to see the recent film, Paul Apostle of Christ.

We have much to celebrate, as we hear of how the ladies growth in our Lord has been shared with their military communities. The groups have truly been the visible presence of Christ in their military and local communities. We have witnessed transformed lives through God’s goodness and grace. Over 25 ladies from the Pacific Region are joyfully looking forward to coming together with all the other regions at the MCCW Forum in San Diego next month. The ladies in the region will all join together for an After Glow event along with Bishop Buckon. Thanks be to God for our Catholic Women of the Chapel groups growth and fruit over the past two years. Wishing you a joyous celebratory Easter season! 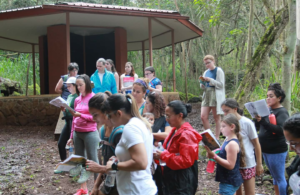 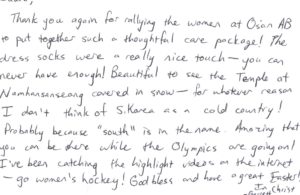 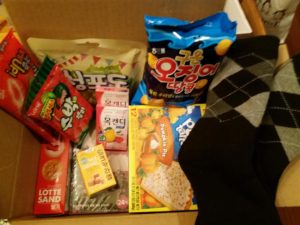 Answering the Call – How Can I Help?
Scroll to top