Archdiocese for the Military Services

The true character of ministry is a servant’s heart.

The Archdiocese for the Military Services was created by Pope John Paul II in 1985 to provide the Catholic Church’s full range of pastoral ministries and spiritual services to those in the United States Armed Forces. This includes more than 220 installations in 29 countries, patients in 153 V.A. Medical Centers, and federal employees serving outside the boundaries of the USA in 134 countries. Numerically, the AMS is responsible for more than 1.8 million men, women, and children.

The Archdiocese receives no funding from the United States government. Rather, the Archdiocese is solely funded by the generosity of its chaplains, men and women in uniform and private benefactors.

Supporting Seminarians for the Military Chaplaincy

Did you know that AMS chaplains serve over 1.8 million Catholics in the military? Our need for priests is great!  MCCW actively supports AMS seminarians by fundraising to support the Archdiocese Co-Sponsorship Program, and through our Adopt a Seminarian Program.  The Adopt a Seminarian program allows military chapels to support a seminarian with prayers and care packages throughout the year. If your ministry group would like to sponsor an AMS seminarian, contact Denise M. Hummel, AMS Liaison for Seminarian Sponsorship!

MCCW Worldwide is proud to continue supporting its perpetual charity, the MCCW Endowed Co-Sponsored Seminarian Scholarship. Funds raised for the scholarship are given directly to the Archdiocese for Military Services in order to help meet the need for Catholic chaplains within the military services. To meet this growing need, the AMS recruits current active duty soldiers who are also interested in the priesthood. The seminarian attends the seminary of their choice and AMS helps to pay the cost of the five years of preparation. The cost for each seminarian per year is $25,000. For five years of study and preparation, this comes to $125,000 per seminarian.

This is the only charity that is supported by MCCW Worldwide. The addition of more priests to the military is vital to the health of Catholic communities on every installation. The support of this charity gives much more than priests – it gives priests who come back to active duty knowing MCCW is a vital part of the Catholic community. Through the financial support of MCCW Worldwide, AMS will be able to co-sponsor more seminarians.

Get involved! Reach out and Adopt a Seminarian through your chapel group. 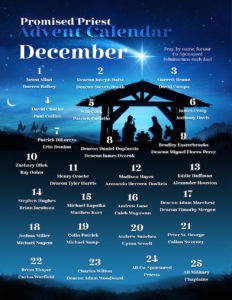 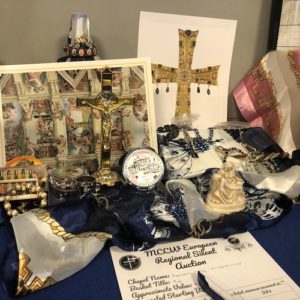